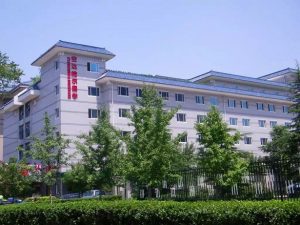 Beijing Medical Research Institute Kundawell was founded by Professor Xu Mingtang in April 2008 with the support of foreign investment. The Institute focuses on contemporary medical research in accordance with international standards.  We offer Image medicine training programs, preventative health maintenance courses, rehabilitation, self-cultivation exerises (Zhong Yuan Qigong meditation). Our Institute’s facility is equipped with  a complete gym, and modern equipment.  We have many multi-faceted departments to provide a comprehensive health care experience for our clients; our departments include department of medical research, department of medical care, rehabilitation department, department of education. Our Institute has a team of Chinese and foreign professors, traditional healers, highly skilled professionals with knowledge of modern and Traditional Chinese Medicine. The experts of Kundawell Institute integrate the best modes of treatment indcluding diagnostic and prophylaxis methods from both ancient and modern medicine traditions; our aim is to build a bridge between the Eastern and Western healing traditions creating a synergestic platform to foster communication and understanding to propel the advancement of the healthcare field. Kundawell Institute is conviniently located in the heart of Bejing metropolis. June 4, 2013, Image Medicine was accredited in China Association of Traditional Chinese Medicine. 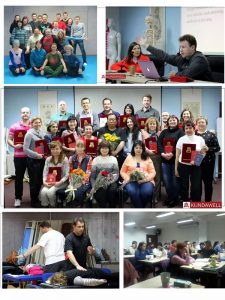 Professor Xu Mingtang successfully conducts training courses on Image Medicine around the world. More than fifty thousand people from U.S., Russia, Canada, Germany, Brazil, Belarus, Kyrgyzstan, Latvia, Estonia, Hungary, Ukraine, the Czech Republic, the United Arab Emirates, Slovakia, Lithuania already have become graduates of Institute “Kundawell”.  The basic kind of activity is the application and dissemination of knowledge of Traditional Chinese Medicine and Image Medicine. Institute in the near future will continue to be engaged in the revival of ancient and popular treatments modes of various countries and peoples, finding talented people with the skills of prophylaxis and treatment of various diseases, the knowledge in the art of herbal recipes, and will diligently carry out research and development, promote new medical technologies, establish international cooperation in integrative medicine. 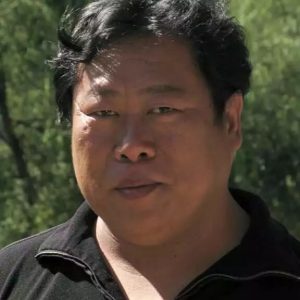 Deputy Chairman of the World Academic Society of Medical Qigong

The founder of Image Medicine

Xu Mingtang was born on May 29,1963 in Puyang, Henan Province of China.

1979 -1983, Sian University of Transport and Communications, bachelor of computer programs.

1987-1991, Software Center of the Chinese Academy of Sciences, the developer of the software.

From 2006 up to present – Director of Beijing Medical Research Institute “Kundawell”.

In 1983, Xu Mingtang graduated from Sian University of Transport and Communications. In 1985, he entered the Magistracy of software engineering to computer science department of Beijing University, after that he was sent to the software laboratory of Chinese Academy of Sciences.

In 1991, he went to Russia within the scope of the cooperation in the field of computer technology. During his stay, he learned that Traditional Chinese Medicinemethods began to be studied and applied in the USSR since the 1950-th and have found acceptance both the health professionals and the patients. Therefore, for the development of Traditional Chinese Medicine and the Image Medicine it was founded Ukrainian-Chinese “Da-U” LLC in Kiev.

In 1993, he retired from position of programmer of Chinese Academy of Sciences, and went to Russia and Ukraine to study and distribute Image Medicine.

In 1995, he moved to the USA for distribution of Image Medicine.

In 1996, in order to promote the development of Traditional Chinese Medicine, Xu Mingtang founded the International Charity Fund “Mingtang” (Kiev, Ukraine) and financed the teaching of more than 20 foreign students who studied Chinese medicine in China.

In 1997, opened a department of theory and methodology of health technologies and physical culture of the East, in Ural State University of Physical Culture, where Xu Mingtang taught students Image Medicine, health maintenance methods of Traditional Chinese Medicine, and he was awarded the title of Professor. By virtue of the financial support of the International Charity Fund “Mingtang” professors from Beijing University of Chinese Medicine were invited to read lectures at the Department of the University.

In 2000, in Seattle, USA was established “Center of Medical Arts of Chinese Medicine” for the purpose of treatment and teaching Image Medicine.

In 2002, in Moscow (Russia) Xu Mingtang awarded the degree of Doctor of Science of World Information Distributed University (WIDU) under the European Academy of Informatization (EAI). In 2003, he worked as a professor of this University.

In 2005, in Seattle, USA was founded American Institute “Kundawell” to promote the study of Image Medicine, Chinese medicine, and training of experts.

June 22-28, 2006, Professor Xu Mingtang and founder of string theory (quantum physics) – Michio Kaku had been invited to the 16th annual meeting of the International ISSSEEM USA to make a presentation on “Image Medicine”.

In July 2006, Professor Xu Mingtang was invited by members of the USA Congress at the round table to make a report about effectiveness of Image Medicine and its development.

The goals and objectives of Institute “Kundawell” 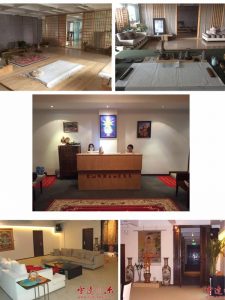 On the base of integration of Eastern and Western treatment methods create a new, leading-edge field of medicine. Research and overcome the difficult and incurable diseases, develop the health care.

The current state of public health can be described as follows: – We suffer because we can not cope with the many intractable diseases, despite the fact that we have a Traditional Chinese Medicine with thousands years of history and a fast-growing modern medicine. – We admire the holistic way of thinking of Traditional Chinese Medicine, and at the same time we are disappointed in its methods backwardness compared to Western medicine, it is confirmed by the fact that it not accepted in the modern society, in full scale.   – We are seeing with optimism at the precise and logical calculations of modern medicine, at the same time we note that the Western medical treatments are occurring everywhere, but we concerned that these methods are not very effective, and also have numerous side effects.   – Public health needs a new medicine – the advanced, progressive medicine, build on the integration of ancient and modern, Eastern and Western treatment methods.

That is why we need to: – Combine Eastern and Western, ancient and modern treatment methods. – To create a highly effective medicine which unite different methods of treatment. – Use the advanced methods of modern science, apply the latest advances in medical science in practice. – To revive the ancient methods of treatment and to prepare highly qualified specialists. – To carry out a number of scientific-research works. – Use the flexible mechanisms of cooperation in international relations. – To carry out a variety of forums, invite talented and professional specialists to conduct common research and consultation.

Longetivity and good health that is the main purpo 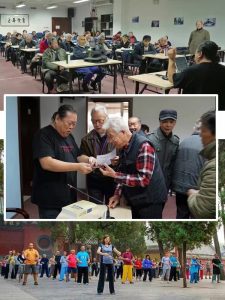 se of this program which is called “project 108”. It is aimed on how to keep a good physical and mental health and live at least 108 years and more. For more information see official site of Kundawell – www.kundawell.com or write research@kundawell.com 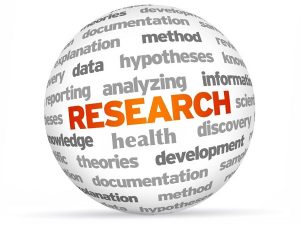 long-term systematic study of the running course of a patient’s disease via observing, analyzing, monitoring and tracking the changes that occur. This program’s goal is to treat the root of the patient’s illness;  the medical perspective and research approach is different from modern medical approaches. Modern medicine conduct research on a particular disease or medication and then publish scientific papers with statistics on their findings. In our program we first conduct a preliminary analysis on the patient’s state of health, plan a suitable research program including the diagnosis of the causes of disease, analysis of effective  theraputic methods used during the treatment plan (Western medicine,  Traditional Chinese Medicine, and Image Medicine methods) to best restore the patient’s health. The process of this research program includes daily diagnosis of the patient’s condition to monitor changes in the running course of the disease and change treatment plan accordingly.  From a Western medicine point of view, if two patients have the same symptoms they may be diagnosed with the same disease however, from a Image Medicine perspective the same symptoms will have different diagnostic results. Several leading experts of the Kundawell Institute and well-known doctors from other hospitals will participate in this individualized research program.

We recommend this program to individuals who have been suffering from chronic diseases with previously failed treatment plans, individualas who suffer from multiple disorders, and those who have not experienced effective treatment for their disorders.