Image Medicine is a new and unique advanced discipline in medical science, which has its theoretical system, which has been created consequently of revival and development of diagnostic and treatment methods of the ancient ingenious Chinese healers Bian Que and Hua Tuo. Image Medicine based on the diagnosis of diseases through examination and treatment, based on the vision and changes of image, as well as a result of the integration of modern medicine knowledge, quantum physics and other natural sciences. Its scientific theory, unique, simple and effective methods of treatment without causing pain to the patient and without side effects deserve the attention of scientific and medical communities. Image Medicine develops and improves an ancient method of the diagnostics of Traditional Chinese Medicine – pulse diagnostics and develops a method of “inner vision of images” of outstanding healer – Bian Que, is a natural medicine. 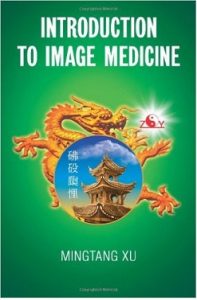 It is based on such methods and theories of ancient healers Bian Que and Hua Tuo, as the “inner vision”, “diagnosis with vision”, “image pulse diagnosis”, “the image of the internal organs.”

Image Medicine is a product of integration of energy, information, physical and traditional Chinese medicines. It pays special attention to the regenerative function of the body. Applying energy, information, causal diagnosis it is possible precisely determine the location, nature and cause of the disease.

During the diagnostics, experts pay attention not only for the external symptoms of the disease, but also on the internal, thereby achieving mastery of the ancient great doctor Bian Que who performed the diagnostics “at a glance”.

Professor Xu Mingtang is the mo 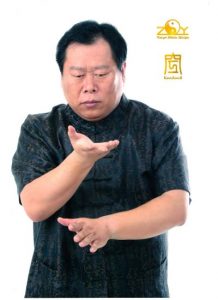 Bian Que Image Medicine is based on creative thinking, takes as a model – Jing (substance), Qi (energy) and Shen (information), uses the images for diagnostic and image changing for treatment.

Professor Xu Mingtang first generalized knowledge of pulse diagnosis of this school and said that pulse diagnosis has 3 levels: the pulse beating, pulse energy and pulse image. The image of the pulse – is the highest level of diagnostics.

Through this pulse diagnosis it is possible directly receive information and image of health state, determine the location and nature of the disease. At the beginning of pulse diagnosis session doctor palpate by fingertips the patient’s pulse and the feeling under fingers are converted in the brain to images of the location and nature of the disease. With help of image you can see the psychological, physical and emotional state.

Professor Xu Mingtang is the successor to “Bian Que” school, he continues to share the secret knowledge of TCM to the world, returning hereby, the ancient stream of TCM – school “Bian Que” former glory. He healed many people with intractable diseases, he is currently conducting lectures in more than 26 countries around the world. He made a great contribution to the development of health care.  – More information about professor Xu Mingtang in section ” Kundawell / Grand master Xu Mingtang” – 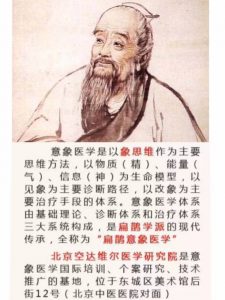 an ancient Chinese scientist, a skilled doctor, with high moral character. People called him the doctor miracle-worker. He founded four diagnostic methods (examination, listening, study of smells, questioning, and palpation), prepared the theoretical and practical basis for clinical diagnosis and treatment in TCM. He was engaged in internal diseases, surgery, gynecology, pediatrics, ENT, in clinical practice he used stones and needles for pricking, massage, herbal decoction, hot water bottles, and other methods for treatment.Traveling across the country, he helped the suffering ordinary people. He also founded the first medical school in the history of TCM – “Bian Que” school.

From 7 generations of the family Xu came 12 famous doctors, among them Xu Daodu, Xu Venbo, Xu Chenbo, Xu Dzhitsay, Xu Dzhifan. They served in the Imperial palace and studied at the Imperial School of Medicine, highly respected by emperor.

The first doctor in the family Xu was Xu Xi, who loves the art of Lao Tzu and the Yellow Emperor, the retirement in the mountains. One day Taoist monk passed by him and asked him for water for drinking, leaving him with a pumpkin, he said, “Let your kids use this thing in a pumpkin to save other people, it will be a decent reward”. Xu Xi opened the pumpkin and found in it the “Mirror canon Bian Que”. Since then, he has devoted himself to the study of medicine and later in life became a famous doctor. Starting with the Tang Dynasty (618-907), representatives of “Bian Que” school becomes less. During the Jin Dynasty (960-1279) was another historic turning point in medicine, again, there was the development of the school. For example, a respected physician Xu Xi has specialized in the treatment of diseases with help of acupuncture and he cured the Emperor, for which he received large gifts from him and told him that went to pray and thank their teacher Bian Que. In the period of Song Dynasty during the reign of Emperor Shen Zones and Jae Sohn (1068 – 1100) a famous doctor Pan An said: “If compare the works of the Yellow Emperor and Bian Que, it can be said that over the world the most profound knowledge had Bian Que” (record “Song Stories, Biography of An Pan”). 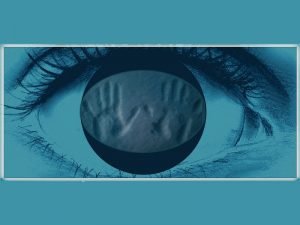 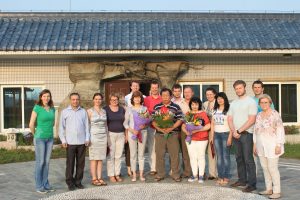 from his opening since 2008 educated several hundreds of Image Medicine Therapeuts which are working as profesionals in many countries. According their abilieties, knowlidge, results of healing and work experience they reach different leves of Image Medicine Therapeut. Bellow are mentioned subjects comprising a course of study in a school for Image Therapist Certificate level 5.

The course is intended for:•   Healers, Qigong practitioners, bioenergy-therapists, Reiki therapists, massage therapists;
• Instructors and practitioners of ZYQ;
• Physicians, who are interested in innovative treatment methods and methods of Traditional Chinese medicine;
• Image therapists, who have attended Image Medicine workshops of Master Xu Mingtang (Parts I and II).

You will get the opportunity to: 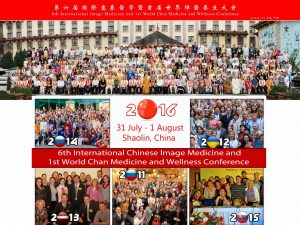 19-20 November 2011, at the Russian Academy of Sciences (RAS), Moscow, held the celebration of the 20th anniversary of  Image Medicine in Russia and the First International Conference of Image Medicine, in organization of which participated: Beijing and the American Medical Research Institute “Kundawell”, Beijing (China) and Seattle (USA), Center of national assistance “BLAGOVEST”, Moscow (Russia), “Institute of Development Image therapy and Health technologies”, Moscow (Russia), the International Charitable Foundation “Mingtang”.

The celebration was attended by over 1,000 people, among whom were medical professionals, scientists, psychologists, biologists, specialists of Image Medicine, known doctors from Russia, China, Great Britain, Hungary, Slovakia, Latvia, Belarus, Ukraine, Moldova, Kazakhstan and other countries.

In the summer of 2016 was already the 6th International conference of Chinese Image Medicine, this time organized for the first time in China. Previous conferences were in Russia 1st , Ukranie 2nd , Latvia 3rd , Russia 4th, Slovakia 5th , Kazachstan 7th , and the nearest one is ready on October 2018 in Budapest – Hungary.

Some parts from the speeches: The Secretary General of the “World Federation of Traditional Chinese Medicine» (WFCMS), China – Professor Li Zheng Zhi in his report said, that the Image Medicine – is the most recent universal system of diagnosis and treatment, which was created by Professor Xu Mingtang, based on the experience of TCM and Western medicine, theory and methods of modern medical technology. Methods of Image Medicine trusted and warmly welcomed all over the world. The last twenty years, IM rapidly developed in all countries, thereby making an invaluable contribution to health care in the world.

Director of International Cooperation Department “China Association of Traditional Chinese Medicine”, China – Professor Sung Yong Zhang said: “The specifics of Image Medicine is not only in its image and theory, but also in the fact that it considers life as a unity of information, energy and substance, and that diseases may also exist at these three levels, or at one of them.  Image Medicine has its own unique methods of diagnosis and changing image. Image can be changed by informational, energy and substance methods. By changing the image can be cured the information, energy and physical illnesses, improved the relationship between these three levels”.